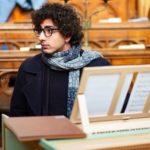 ANHAD ARORA
‘Conversing with Style’
Bookended by Bach’s French suite in D minor and Bach’s youthful, zany Toccata in D minor the programme takes stylistic borrowing as a loose point of departure. The programme will feature Matthew Jackson’s ‘In Conversation with Frescobaldi’ (2019) and Francois Couperin’s 4th Ordre from his Pieces de Clavecin (book 1).

Anhad has recently graduated with a First from Lady Margaret Hall, University of Oxford, where he was previously an academic scholar. He is currently an MSt student in Musicology at St Cross College, Oxford, funded by the Humanities Division at Oxford University.  Before Oxford, he was a student at the RCM Junior Department, studying piano, harpsichord and cello. During his time at the RCMJD he won the Freda Dinn Memorial Prize for Early Music and was named the youngest scholar of the British Clavichord Society. During his undergraduate years he was also the director of New Chamber Opera Studio. His current research explores Orientalism in Austro-German Lieder, particularly those of Franz Schubert and Robert Schumann. He is building a combinative methodology grounded in postcolonial approaches to the study of Western Art song, ethnography, literary criticism, theories of social space, and musical analysis. 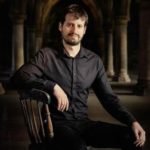 ‘Handel’s Influencers’
A lively overview of German keyboard music by composers, some of whom Handel knew personally, and others whose music he was well acquainted with. Pieces by Froberger, Zachow, Mattheson, Gottlieb Muffat and Handel himself.

Tom is the principal keyboard player of the English Concert and is a regular guest with The Academy of Ancient Music, Arcangelo, The Dunedin Consort, Early Opera Company, The Mahler Chamber Orchestra, The Orchestra of the Age of Enlightenment, The Scottish Ensemble and The Sixteen. These collaborations have taken him to concert halls
throughout Europe, the United States, Australia, Russia and South Korea. He has performed concertos at the Edinburgh International Festival and made his US solo-debut in recital at the Carnegie Hall this year. Tom began his musical education as a chorister at
Manchester Cathedral, then as a pianist and harpsichordist at Chetham’s School of Music. He holds a first-class degree in Music (BA) from St. Catherine’s College, Oxford and
gained a Distinction in Performance (MA) from the Royal Academy of Music under the tutelage of Trevor Pinnock. 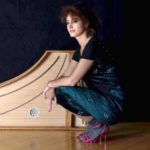 ‘Bach To The Renaissance’
Music from J.S.Bach 1685-1750 and the Johannes de Lublin Tabulature of 1540)
Looking at how both of them treat existing compositions: Bach in his solo versions of Vivaldi’s concerto and one of Prince Johann Ernst von Sachsen –Weimar. Johannes de Lublin in his intabulations, some he collected and some he composed himself for the large tabulature that is now preserved in Krakow. In both repertoires, we encounter a charming mix of Italian, French and German style with some elements of eastern Europe.

The world-renowned recorder and harpsichord virtuoso, Corina Marti, is recognized internationally for her “strikingly superior and expressive” interpretations (Toccata), and “infallible” performances (Diapason).  She leads an active life, performing as a soloist and chamber musician throughout Europe, North and South America, the Middle East and Asia.  She has appeared with numerous early music ensembles and orchestras (including Hespèrion XXI, Coro della Radiotelevisione Svizzera Italiana, Kore and the Helsinki Baroque Orchestra), and is co-director and founding member of La Morra, an award-winning late medieval and early renaissance music ensemble which “never fails to keep the listener’s attention alive” (Gramophone). Her extensive discography, ranging from fourteenth-century istanpitte and intabulations to solo concertos and chamber music of the high baroque, reflects the breadth of her musical interests and technical skills. She is a leading pioneer, working with makers in the reconstructions of late medieval and early renaissance keyboard instruments, and she spends many hours in libraries researching the repertoire. This work has contributed substantially to the present-day revival of these instruments.
In 2019 Corina received the medal of the City of Lublin, in recognition of her outstanding artistic activity in the dissemination of Polish culture and publicity for the city of Lublin in Poland and abroad.
Immediately after studying she was invited to become the first teacher of medieval recorder at the Schola Cantorum Basiliensis in Basel and a few years later she went on to build up a class for medieval keyboard instruments, teaching organetto, clavisimbalum, clavicytherium and renaissance harpsichord. She enjoys spreading her knowledge, experience and enthusiasm to the next generation of players, both through her teaching at the Schola Cantorum Basiliensis and at master classes and music courses throughout the world. 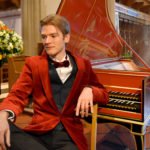 J.S Bach – Goldberg Variations BWV 988
The Goldberg Variations were first published in 1742 under the unassuming title of ‘Keyboard Practice…Prepared for the enjoyment of music lovers by Johann Sebastian Bach’. In reality this masterwork not only challenges the player to reach new technical heights but on the emotional level encompasses all that it means to be human.

Nathaniel Mander is a British harpsichordist and fortepianist. Known for his expressive and virtuosic performances, he pursues an international career as one of the leading players of his generation. At a young age Nathaniel was entranced by the unique sound of the harpsichord and was inspired to take up the instrument. He began his education with Richard Lester in Cirencester, moving in 2007 to London to train at the Royal Academy of Music with Carole Cerasi.  He later took lessons in Paris and Italy with Elisabeth Joyé, Skip Sempe and Pierre Hantai. Along with Carole, who deeply influenced his sound and approach to the instrument, these remain his most important musical influences. After graduating with first class honours, Nathaniel embarked on a performing career that has taken him to major venues and festivals both in the UK and worldwide, most recently playing at Yale University, CT, USA. with a recital exploring the influence of Flamenco in the music of Domenico Scarlatti.
He is also a prizewinner of some significant awards, including: 1st prize at the 2010 Early Keyboard Ensemble Competition at Fenton House, 1st prize at the 10th Broadwood Harpsichord Competition, 2nd prize at the Gianni Gambi Harpsichord competition in Pesaro (Italy), the accompanist’s prize for the John Kerr Award at Finchcocks, and the Harold Samuel Bach Solo Keyboard Prize. He was awarded the RAM Early Music Prize four years consecutively during his studies there. Nathaniel is devoted to authentic harpsichord touch and artistic creativity and is particularly noted as an interpreter of Mozart and the 18th century French harpsichordists. His debut CD, The 18th Century French Salon, was highly praised at its release in 2015. He has recently filmed a series of music videos in collaboration with award-winning director, David Percy. This October Nathaniel will be recording Bach’s Variations for ICSM Records. A respected teacher, Nathaniel held the Linda Hill Junior Fellows at the Royal College of Music for two years running. He gives masterclasses throughout the UK and is passionate about inspiring the next generation.

Maestros’ Concert by MAGGIE COLE, MARCIA HADJIMARKOS and CATALINA VICENS, the adjudicators for the Competition, will be held in ‘The Studio’ on Wednesday 29th April at 7.15pm.
Round 1 of the Competition will take place on Thursday 30th April from 10.00am with Round 2 and Award Ceremony on Friday 1st May starting at 11.00am.
Tickets: £5 for the Concert, Free admission for the Competition rounds.
For more information -020 8699 1872  https://www.horniman.ac.uk/